Greetings from Paraguay! This is Midori Fujitani.

This week, I visited another city in Paraguay called Colonel Oviedo. The purpose of the visit was to investigate the conditions of the road in Santo Domingo and the school in Mercedes district.

Summary of the trip

Santo Domingo is one of the communities that the foundation of Mitai Mitakunai has been working for. The areas of focus in this area include the improvement of an elementary school and the construction of the road that connects the community with other parts of Paraguay. During the investigation in Santo Domingo, I visited the school, observed the current condition of the road, and interviewed all of the families of the community. There are currently three principle concerns shared by all of the residents: school, road, and health.

There is one elementary school in the area. It accommodates students from pre-school through 6th grade. Most of the population study and finish elementary level of education at the school and proceed to secondary education, which they can pursue at another school, located one street away from Santo Domingo. The members of the community repeatedly expressed that education is very important and that the establishment of the school was a great success in the community. On the other hand, they shared some concerns in regards to the condition of the school. Two of the teachers from the school especially requested for more classrooms to create smaller classes and to teach how to use a computer. 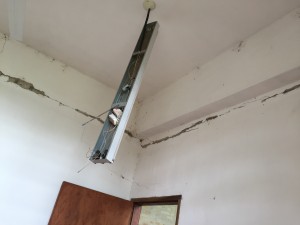 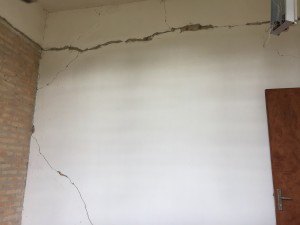 Road is the heart of the community and connects it with other parts of the country. The absence of the road severely affects their lives. Despite of its importance, the condition of the road is not in the ideal condition. It becomes almost impossible to both walk and drive when it rains. 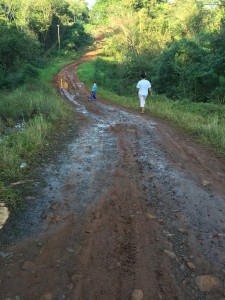 Part of the Road 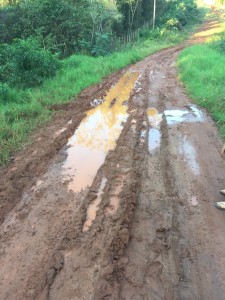 Remained puddle after the rain 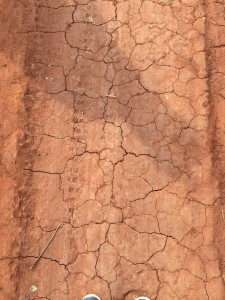 Cracks on the road

Health is the third principle concern shared in the community. There is no doctor who lives in the village. The residents have to go to Colonel Oviedo or other larger cities nearby in order to consult doctors when they are sick. The unidealistic condition of the road, as previously mentioned, isolate the community and take away the access to medicine and doctors from the residents. 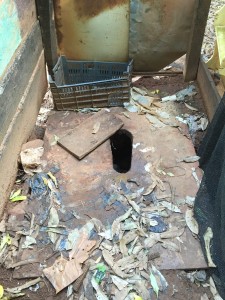 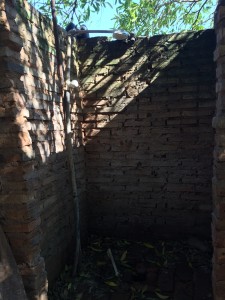